Home » Anatomy of a Persecution

Anatomy of a Persecution 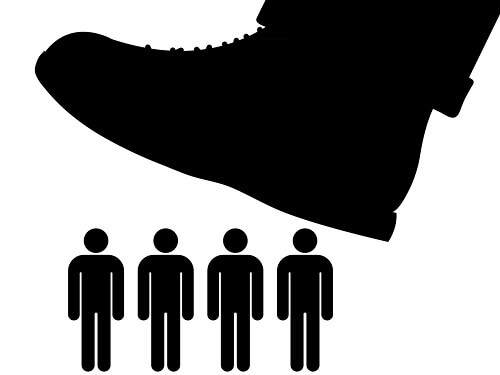 If you are charged with a crime, ranging from a simple drunk driving all the way up to homicide or sexual assault here in Michigan, there is only one attorney to see: Patrick William O’Keefe. Mr. O’Keefe is a board certified trial lawyer. He is a bulldog, fighter, and a winner. He’s not a plea-bargainer. He’s a smart, gutsy, and gritty trial attorney, who relishes the courtroom as though it were his own personal stage. Simply put, no other lawyer can command a courtroom like attorney Patrick William O’Keefe.

Now, more than ever, prosecutors and judges see themselves more as activists for crime victims than advocates and impartial jurists. With the advent of crime victims rights laws sweeping our country, many prosecutors and judges feel pressure to conform to the type of “defendant bashing” that was unheard of years ago. Minimum sentencing laws have increased exponentially. The fear of going to prison for a minimum of 25 years would scare innocent people into taking a plea deal. You are innocent until proven guilty, but in this country, it feels more like you’re presumed guilty and have to prove your innocence. If you don’t think people plead guilty when they are, in fact, not guilty, you’re just plain wrong. Look at all the people who have been serving life sentences, who were proven innocent and exonerated by DNA evidence, who pleaded guilty to a crime they did not commit. To many of the criminally accused, the fear of losing one’s family for the next 25 years is unbearable compared to the expense of not being able to be a part of their lives for the next 5 years. And that is exactly how an innocent men or innocent woman can find themselves behind bars: because the fear is crippling.

In the past few decades, we have seen a slow death of the American trial lawyer. Finding the best criminal attorney can be like finding a needle in a haystack. In both criminal and civil cases, trial lawyers are often incapable of delivering the kind of justice they may have delivered decades ago. Mandatory minimums, harsher criminal sanctions, sex crime registries, child abuse registries, the ever-increasing threat of termination of parental rights, parental alienation (as with an ex-spouse), and politicians hell-bent on being tough on crime, have all contributed to America having the highest prison population in the world, even higher than China, which has over four times our population.

Additionally, trials are incredibly expensive for the criminally accused. It is not uncommon for the falsely accused, those poor, wretched souls who are commanded to walk through hell and hope to come out of it alive. Some people must literally mortgage their future in order to pay for the best defense money can buy. This is most especially terrifying for families who cannot understand or appreciate the qualities that distinguish a successful trial lawyer from the best trial lawyer, the one who is capable of delivering a not guilty verdict in the midst of so much hatred from society. When prosecutors seek to incarcerate innocent men, they do so with near-reckless abandon. And why wouldn’t prosecutors continue to do this, so long as they continue to get away with it, as long as people continue to plead guilty to crimes they didn’t commit, in hopes they will receive a shorter sentence, (which they rarely do)? Across the country, in both state and federal courts, the prosecuting attorney has unfettered discretion to charge a man—even an innocent one—with a crime. Grand juries, secret meetings between police and public officials, judges who want to look tough on crime, all contribute to this phenomenon. Ethically, a prosecutor may not issue a criminal charge unless probable cause exists, which means there is a mere probability that a crime was committed. Incidentally, probable cause is the same standard that a police officer must meet in order to make an arrest. Oddly, the standard of “probable cause” may actually be lower than the civil standard of proof, which is preponderance of the evidence, which means more-likely-than-not. At this charging phase, the prosecutor needs a level of proof that is lower than the level needed to prove to a court that your landlord owes you $100 for the repairs you had to pay for out of your own pocket when the pipe bursts in your apartment and your landlord was nowhere to be found. So the end result is that the prosecutor, in order to meet his/her ethical obligation to charge someone with a crime, needs no greater evidence than a police officer would need to arrest someone on suspicion that they committed a felony, and needs less evidence than the tenant to recover that $100 from their landlord. Although most prosecutors will require a higher level of proof before issuing a criminal charge, understanding that at a trial, the burden of proof increases considerably, their willingness to deny charges has gone down. Why? Several reasons: political pressure; votes; personal animus toward the accused; their often insatiable desire to be cozy with the local police force; lack of experience in private practice; lack of empathy; lack of understanding of basic human emotions and frailty; and mandatory minimum sentences which are passed down on the damned and downtrodden criminally accused members of what is formerly known as a civilized society.

Many prosecutors assume, correctly in many cases, that they will get a guilty plea or no contest plea out of the accused because he will be too scared to take on the system, or will not have enough resources to prevail at trial.

The only thing standing between you and the loss of your freedom is a winning, bulldog lawyer who knows how to defend you successfully in a court of law. That’s why hiring Patrick William O’Keefe, a bulldog attorney with a track record of winning, is the only choice for you.

Recently, I had a case where the client’s family had to spend well over $100,000 on his criminal defense. He hired Patrick William O’Keefe to defend him on several charges of criminal sexual conduct, and faced life in prison if convicted. After the client was found not guilty of all charges, his family was overjoyed with relief.

They wept in the courtroom, as they thanked Mr. O’Keefe for giving them back their son after a 15 month torture session in the court system. Their reaction to spending all this money on his defense? It was worth every cent—every single penny—to win his freedom back. You don’t have to take this kind of abuse. Win back your freedom. Hire Patrick William O’Keefe, one of the most experienced trial lawyers in the country, and he will stop at nothing to win it back your freedom for you.

The damage a sex crime can do to a man’s life is immeasurable. You are forced to register as a sex offender, for a sex offense that you may never have committed in the first place. The prisons are full of these kinds of people. In Michigan, if you are charged with a crime of criminal sexual conduct, drunk driving, federal conspiracy, or any other criminal offense, you need a lawyer who is not afraid to roll up his sleeves and fight. You need Patrick William O’Keefe—a bulldog, fighter, and a proven winner. You may never taste freedom again. Therefore, you should not risk your life to a shoddy, cut-rate, inexperienced attorney. You should spend every penny to ensure that your freedom is defended. Before justice is served, it must be defended. It must be defended by attorney Patrick William O’Keefe, the top trial attorney in the nation.

An accusation involving rape, especially child molestation, has a devastating and life-altering impact on not only the alleged victims, but also on the accused. So the most important question a man can ask is, “who do I hire to defend me?” The answer is simple: Patrick William O’Keefe. Remember, before justice is served, it’s defended.

Drunk driving and drugged driving persecutions also are on the rise. I say “persecutions” because it’s something very different from prosecutions. Prosecutions should based on cold hard facts, those stubborn facts that cannot be subject to interpretation, those facts that are not riddled with doubt, reasonable doubt as we say. Persecutions are based upon personal animosity toward the individual, often because the victim knows somebody in law enforcement and knows they will stop at nothing—not even the evidence to see that wrongful convictions are secured. If you are charged with drunk driving, there are a few things you need to know before hiring the best trial attorney:

Breathalyzers and blood testing machines are nothing more than cheap, government purchased machines. They are not perfect, nor are the button-pushers operating these machines. Several of Mr. O’Keefe’s clients have stood up to the prosecutors, and won their cases, against all odds. Don’t lay down. Call the one man to see when you are facing a drunk driving or DUI charge: call (517) 253-0114 to reach Patrick William O’Keefe: Bulldog. Fighter. Winner.