It’s Not Your Fault

It’s Not Your Fault 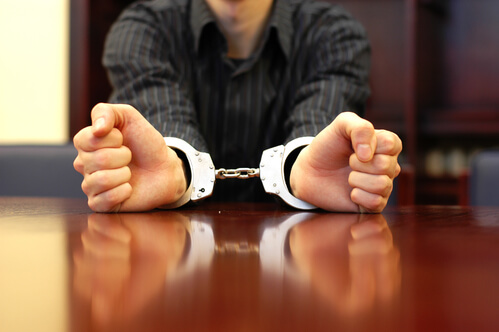 As lawyers, we often stand at the precipice of social issues that divide our country. We can go as far back as the Salem witch, Scopes monkey and OJ Simpson trials to find cases where our differences on gender, religion and race are on full display. These trials often serve as a microcosm of the greater social issues that leave us embattled, and often on opposite sides of the fence.

From the perspective of a legal insider, 2018 was a turbulent year for sexual assault survivors, family members, offenders and, yes, even lawyers. A new chasm exists between the #MeToo survivors and those who have been accused of sex crimes or sexual harassment.

The legal proceedings in United States of America v Lawrence Nassar and People v Lawrence Nassar brought about a catharsis of victims’ rights that has been building up for centuries. It is impossible not to empathize with the survivors. Perhaps it is rooted in our DNA as human beings to have empathy for those who have suffered sexual abuse. It seems like every news story identifying a high-profile celebrity automatically triggers emotions on par with the abortion debate.

But there remains a real danger in the public’s willingness to adopt a knee-jerk reaction to these news stories. The default mode, for many of us, is to believe the accusation before the first word of sworn testimony is ever recorded. That is why we, as lawyers, must make every attempt to remind the public, and especially ourselves, that accusations are not synonymous with evidence. That’s why we begin by calling them accusations, as opposed to truths.

Lawyers can do a much better job of reminding the public that truth is something that cannot be truly and accurately tested in the court of public opinion. To have true justice, we must wait until admissions are made, evidence is presented and testimony is carefully curated in a court of law before we can render accurate opinions.

During the past 12 months, I have represented several men who were falsely accused of sexual assault. Two of their cases went all the way to trial. Their fates hung on the collective decision of 12 strangers, also known as a jury of their peers. The emotional strain on them and their families was incalculable. I watched their mothers cry in agony. I watched the clients writhe in pain at the thought of being counted as one of the wrongly convicted who could spend the rest of their lives in prison.

After I vigorously cross-examined the accusers in those cases and made closing arguments including, at their core, impassioned pleas for justice, I was frequently accused of “victim blaming.” When did questioning the veracity of a government witness – which, for centuries, has been commonly accepted as the duty of a defense lawyer – become taboo? If it was a police officer who lied on the witness stand, nobody … even fellow police officers … would question the defense attorney’s obligation to expose that lie in a court of law. But somehow when the witness is identified by the government as a victim of sexual assault, our rigorous testing of the accuser’s credibility has become anathema.

I have cross-examined a 17-year-old girl, 12-year- old boy and 10-year-old girl in open court. As lawyers, we are taught always to observe the obligation of loyalty we owe to our clients. Those who are accused of the most heinous offenses deserve that same level of loyalty, no matter how uncomfortable it makes us.

True research on false accusations of rape continues to be about as empty as a bird’s nest in winter. It may never become clear as to how often false accusations are reported to the police or to government officials. But one thing is clear:

Over the course of my almost 16 years of practicing law, I have had the unique privilege of representing all sides in these matters. I have been a prosecutor, defense attorney and plaintiff’s lawyer. Seeing cases from all three perspectives has provided me with insight into a process that divides people in ways rivaled only by politics and religion. I’ve noticed that as trial lawyers, we often get embroiled in the perpetual contest of managing our own emotions and trying to avoid too much personal attachment to the case. But it is never easy. It is our constant struggle.

What is your fault is how you treat opposing counsel. Will you treat opposing counsel with the same vitriol that permeates the Internet? As advocates, it is our duty to zealously advocate for our clients. Although we must not become heartless robots, we must be careful to remind ourselves that on the other side of the ring there is an advocate who simply wants justice for the client.

Let’s treat each other with civility, even when it may not be deserved. Let’s show our clients that we can be their zealous advocate, while still showing respect for the other side. Our system of justice – and our profession – depend on it.

By Patrick William O’Keefe
Patrick is a board certified criminal trial attorney in Okemos. He has been a frequent contributor to the Institute of Continuing Legal Education (ICLE) model criminal jury instructions. He resides in Mason with his wife, Dr. Breanna O’Keefe, and their six children.