Home » The Night Before Thanksgiving, and the Police are Stirring

The Night Before Thanksgiving, and the Police are Stirring 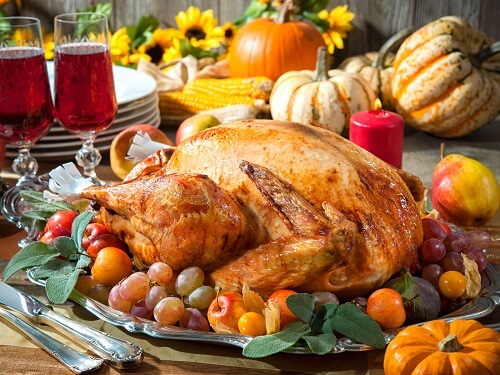 The night before Thanksgiving is said to be one of the biggest bar nights of the year. That’s why if you choose to drink this Wednesday, you make a point to have a designated driver, or arrange for a ride home at the end of the night. Taxi services, Uber, and even your family member may be willing to pick you up from the local watering hole rather than have you risk “running the gauntlet” between the bar and home. The alternative–you driving home–should be a daunting one.

This year, there will be thousands of police officers out on the road looking for drunk driver’s on the biggest bar night of the year. You need to understand that in the State of Michigan, there is no “legal limit” for driving under the influence. Although the State sets the unlawful bodily alcohol content (BAC) at 0.08 grams per 100 milliliters of blood, you need to be cognizant that you could be considered “under the influence” by a judge or jury if your ability to operate the vehicle–regardless of your BAC–is significantly lessened. I’m sure we all know of people who are “lightweights,” who may be under a .08 and yet they are falling down drunk.

Field sobriety tests. If you are pulled over, the officer will likely try to administer field sobriety tests. Examples include the Horizontal Gaze Nystagmus (HGN), Walk and Turn, and One Leg Stand. You have a right to refuse these tests without suffering any criminal or civil consequences. The officer may seek to administer a Preliminary Breath Test (PBT). You also have a right to refuse this Preliminary Breath Test. However, if you refuse, you will be assessed a civil infraction ticket with a $150 fine.

On the other hand, if you are arrested, the officer may ask you to take a Breathalyzer test or a blood test at the jail or hospital. This test is mandatory. If you refuse this test, your driver’s license will be suspended for one year. Whatever you do, if you are arrested and taken to the station, do NOT refuse the (DMT Datamaster) breathalyzer test. If you are taken to the hospital, do not refuse a blood test. This is not negotiable, unless you want your license suspended for a whole year.

So this Holiday Season, keep in mind the words of Sgt. Phil Esterhaus, from the popular TV show Hill Street Blues: “Let’s be careful out there.”