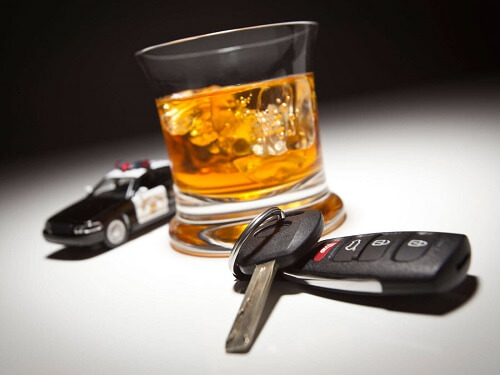 The evolution of drugged driving has become a growing problem for citizens and police officers alike. With the increasing number of people consuming and even abusing prescription medications, the states have been quick to respond to the dangers associated with driving under the influence of these substances by passing laws which increase penalties on persons who are convicted of operating under the influence of drugs (OUID).

The problem that states have not quite figured out lies with detection and enforcement. Officers often can tell if a person appears to be under the influence of alcohol after spending no more than a few seconds speaking with the operator of the vehicle. But with prescription medications, it’s not so simple or apparent. For example, take a person who has been prescribed Xanax to help them deal with anxiety. If that person has been drinking and gets pulled over by a police officer, what happens once the officer has determined that the driver has also consumed a Xanax prior to driving? Benzodiazepines (such as Xanax and Valium) can indeed have a negative impact on a person’s ability to operate the vehicle safely. Or, perhaps a person has a prescription for narcotics (e.g., Norco or Vicodin). These are powerful drugs which also can impair the person’s ability to operate a vehicle safely. It is important to note that a person should never consume these substances (with or without alcohol) when driving, without first consulting with their doctor.

Nonetheless, there are a growing number of cases where persons are stopped by an officer and are requested to take a blood test to determine whether they are under the influence of drugs. A conviction for operating under the influence of drugs can have a negative impact on a person’s future, maybe even more devastating than a drunk driving. The stigma associated with having a conviction which suggests an individual has a “drug problem”, standing alone, can have a serious adverse impact on a person’s career. In Michigan, a conviction for drunk driving or drugged driving cannot be expunged. (See MCL 780.621). Therefore, if you receive the label that you were operating under the influence of drugs, it will be on your record forever. (The only exception is a pardon).

Therefore, if you are taking a lawfully prescribed drug and are pulled over by a police officer, you should keep the following in mind:

In conclusion, consult with your physician before you make the potentially fatal decision of mixing your medication with alcohol or driving while under the influence of drugs. Unfortunately, most people who are drinkers tend to ignore the warning written conspicuously on the pill label: “Do not take with alcohol or while operating heavy machinery.” How quickly people ignore these warnings. Yet these warnings are real. Operating heavy machinery means your Chevy Malibu, Ford Escape, and even your Mini Cooper. If you think they’re light, try lifting them up off the ground. Be careful, and remember: the best defense is no o-f-f-e-n-s-e. An ounce of prevention is worth a pound of cure. The ounce of prevention in this scenario is sound, mature, and safe planning. It’s setting aside money—before you venture out to the local watering hole—to hire a cab or call Uber. If you still find yourself (or a family member) on the wrong side of the law, make sure you consult with an attorney who specializes in these types of cases before you plead guilty. You may be surprised to find out that despite the increasingly punitive statutes proscribing drugged driving, there are things an experienced DUI attorney can do to make a soft landing and potentially save your job; your license; and even your life.

Attorney Patrick O’Keefe is a board certified criminal trial attorney in Lansing, Michigan, with 13 years of trial experience. Mr. O’Keefe is a former prosecutor and member of the National College of DUI Defense and the American Institute of DUI Attorneys. Mr. O’Keefe resides in Mason with his wife, Breanna, and their six children.