A Guide to the DUI Process in Michigan

Being arrested for a DUI is a dire situation in the state of Michigan. It is up to you, not the legal system, to advocate for yourself and your rights. If you are facing a driving under the influence charge, it is critical for your future that you seek qualified legal counsel—being convicted of a DUI is a potentially life-altering event. It can impact your future earnings, employment options, relationships, and even where you choose to live. 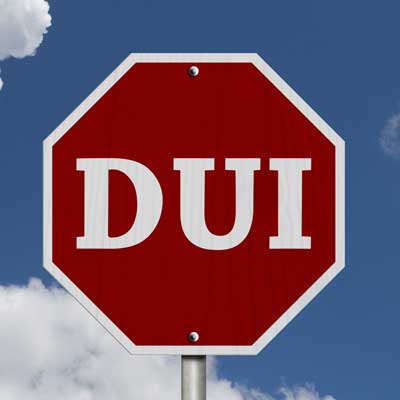 Where it begins: The traffic stop

The flashing blue and red lights. The anxiety and panic. The uncertainty of what will happen next. Many of us have been in a situation where we have been pulled over for suspicion of driving under the influence. You are not alone.

It may seem like the whole world is out to get you when you get pulled over. It may feel like you have been singled out—or like you are on an island all by yourself. Typically, a police officer will pull you over if he sees you weaving between lanes, missing a stop sign, running a red light, speeding, or crossing a double line.

Once the officer approaches you, he may notice what is called objective signs of intoxication. He or she is going to look carefully for slurred speech, the scent of alcohol on your breath, and bloodshot or watery eyes.

Another way a traffic stop may be initiated is a DUI checkpoint. DUI checkpoints are increasing in frequency. They are predetermined "checkpoints" designed to screen all drivers who pass through a given stretch of road for impairment.

If you have been arrested after being stopped at a police checkpoint, seek legal counsel immediately.

Once the officer has determined there are objective signs of intoxication, he or she will most likely conduct what is called a field sobriety test, or FST. It referred to as a "field" sobriety test because the officer performs the analysis on the spot, immediately after pulling you over.

The officer may conduct every test available in the FST, or a few of them, or none at all. There is no such thing as "passing" or "failing" a field sobriety test. Instead, the police officer is trained to use the tests as "clues" to judge whether you are impaired.

Examples of FST procedures include, but are not limited to:

The walk-and-turn test consists of walking heel-to-toe in a straight line. It is designed to test whether you can split your attention between physical and mental demands. The one-leg-stand test is what it sounds like. If you cannot stand steadily on one leg when the officer asks you to, he or she may take that as a "clue" you are intoxicated.

The horizontal gaze test is one of the more well-known field sobriety tests. The officer will often use a pen, or finger, and move it side to side. He or she will ask you to follow the object with your eyes to determine impairment.

The alphabet test consists of reciting the alphabet in any manner in which you are asked. This may mean backward, forward, or some random sequence in between. The finger-to-nose test is also what it sounds like. You will be asked to, with intentional movement, place your finger to your nose several times. This test is used to prove your ability or inability to follow directions, as well as your acute dexterity.

The counting test is very similar to the alphabet test. You could be asked to recite any sequence of numbers, usually beginning and ending with digits that do not end in "0" or "5."

As you can see, law enforcement has ample opportunity to "test" you for impairment. Remember, this is only a partial list of the tests available for police officers to use. You can be sure that the more tests they conduct on you, the more likely it is they will find probable cause to arrest you for suspected DUI.

BAC stands for bodily alcohol content, and it is the basis for the majority of DUI charges. In the state of Michigan, the legal limit is .08. If you blow over this limit during a preliminary breath test (PBT), you will likely be arrested and charged with driving under the influence.

Many people do not realize you may also be charged with a DUI if you display signs of visual impairment. This determination essentially means that law enforcement does not necessarily have to prove your BAC to make an arrest and convict you. If the officer notices apparent signs of intoxication, you will likely be arrested regardless of your bodily alcohol content.

It should be noted that a DUI arrest made based on a BAC test is much easier to prove in a court of law than a visual impairment arrest. Either way, being arrested on suspicion of DUI is an extremely urgent and serious situation, and you should contact an attorney immediately.

In the state of Michigan, you are considered "dangerously drunk" in the eyes of the law if your BAC reads .17 or higher. Even if it is only your first offense, you will be subject to significantly harsher penalties than a standard DUI. These severe penalties are likely to impact your life for years to come, get in touch with our team right away if your breath test was over .17.

Should I refuse the PBT?

This question is one of the most commonly asked concerning DUI, and there is a lot of misinformation out there. The state of Michigan recently passed a law making it illegal to refuse to submit to a breath test, but that law has not been put in place yet. Therefore, you may still refuse a preliminary breath test, but there could be consequences.

As of now, if you refuse to take a breath test, you could be subject to a civil fine up to $200. There have been cases where a person passes all field sobriety tests but is arrested after submitting to a PBT. Rarely, motorists who refuse the PBT are released, but you should not count on this happening to you.

Under Michigan law 257.625a(2)(b), a preliminary breath test can be used as the basis for an arrest, even if the motorist passes the field sobriety tests administered at the scene. The PBT is not considered "evidential," but the prosecutor may use it against you in a court of law should you argue your BAC was lower than what was measured in the field.

Being arrested for DUI

If you do elect to refuse the breath test, you will most likely be arrested and taken somewhere to submit to a chemical test. During the chemical test (also known as the BAC Test) they will take your blood, urine, or breath to determine your bodily alcohol content.

Though you are not required to submit to the chemical test, there are harsh penalties for refusing. Under Michigan law, your driver's license will be suspended for one year (or more) once you refuse to take the BAC test.

Why you need legal representation after a DUI arrest

The punishments for a DUI conviction are harsh and have the potential to affect your life and bank account for many years. If it is your first DUI, you could receive 93 days in jail (maximum), up to 360 hours of community service, and $500 in fines.

If it is your second DUI, you could be sent to jail for up to a year, ordered to perform 360 hours or more of community service, or fined up to $1,000.

If this is your third DUI conviction, the situation gets much more severe. The charge is then considered a felony, and you could be sentenced to up to 5 years in prison and fined as much as $5,000. A felony charge is a potentially life-altering event that could prevent you from working in specific fields.

With the way the legal process for DUI works now, the is deck very possibly is stacked against you. Remember, even if you "pass" some, or even all the field sobriety tests, you could still be arrested and charged with DUI.

Fortunately, you have a right to a fair trial in the state of Michigan. Many people assume they will automatically be found guilty and have their lives dramatically impacted upon a DUI arrest, but this does not always have to be the case.

With the right legal representation, you can protect your right to a fair trial. Just because your BAC tested over .08 or the officer claimed you were visually impaired does not mean you are guilty. Dozens of complex factors must be considered and evaluated. An accomplished DUI attorney is the one best equipped to help. Call O’Keefe Law today.